The podcast episode was released to the public on Tuesday, December 13.

(Minneapols, MN) —  December 14, 2022 — Growing up in a house with three sisters and a stay-at-home mother, Shannon Rusk knew she didn’t want to follow a typical female track when entering college. She started her studies in Engineering – determined to forge herself into a male-dominated industry and make an impact. After accepting a position designing printers at a plant in Charlotte, North Carolina, her manager sat her down and tried to steer her in a different direction. She returned to Minnesota to work for IBM Corporation in engineering sales, where she met her husband. But still, there was a missing link. Still determined to make her impact, she made the jump into commercial real estate after confiding with friends in the business.

“It was a series of people looking out for me. I’m grateful. I look back and go, this wasn’t by accident, people really helped me along the way,” Rusk said.

Rusk focused on brokerage at LaSalle Partners in Chicago, as well as Trammell Crow Company in St. Louis, MO for over 15 years until her life took another turn – kids. She focused on being a mother and stayed home for eight years before returning to brokerage at Cushman and Wakefield. One day, she received a phone call from a friend asking if she would be interested in development.

“I kind of looked at that as a cross between engineering and the brokerage that I liked. And the rest is history. I’ve been at Oppidan for 16 years in Development and I love it,” Rusk said.

At the time Rusk joined Oppidan, the company was small and grossing around 5 million. Now, that has grown to 600 million. As Oppidan grew, so did she. Rusk is now the lead developer of Oppidan’s Senior Housing portfolio, including The Pillars Senior Living Communities throughout Minnesota and multiple developments in California.

“Taking my discipline part of engineering and relationship part of a brokerage, it works at a company like Oppidan. We’re small but doing bigger things – so it works,” Rusk explained.

Oppidan was 95% retail for the first 20 years until the 2008 recession hit. At this point, Oppidan branched out and opened its eyes to other opportunities. While working on developing transload facilities, Rusk received a call for a Senior Housing project – which propelled her specialty and the company as a whole.

“(Senior Housing) is truly a segment of real estate where you can employ your heart. It’s service; it’s hard work but it’s great. I don’t like to even talk about it because I don’t want anyone else to get my gig!” Rusk said.

One notable project that especially excites Rusk is the 340,000 sq. ft Senior Housing facility in Prospect Park, Minneapolis. Complete with 283 apartments, this facility is perfect for residents that want to enjoy a city lifestyle in a senior-friendly community. With access to an onsite bistro, spa, fitness center, golf simulator, and more, Rusk says the daycare that is on-site is uniquely special to the residents.

“All of our seniors can engage with the daycare; they call them Grand Friends. Each kid has an elder senior that will come down and read – and it’s working as we thought…it’s a joy to watch it,” Rusk said.

Whether the facility is in Napa or White Bear Lake, Rusk says that these facilities aren’t considered “senior living” but more like an elevated social experience.

“The common element is socialization. I walk through the front door, and I see all of these seniors socializing. You don’t have to socialize but it’s there if you want to – but to even be around it I think is healthy,” Rusk added.

While the socialization aspect is a focus, so is the baby boomer generation, who will be entering the market in the next few years. Rusk explains that this is a crisis looming as the number of residents will double over the next 10 years and nice senior housing facilities aren’t affordable for all. Figuring out where everyone will go will need to be planned for.

With all the twists and turns her career has taken her, Rusk plans to work as long as she is able. She says that she loves her job and credits her network of friends that helped her along the way.

“When you’re younger, you’re always looking forward. Where can I go? I got to get there. I think you get to my point, and you value all those great relationships in this business and life and that’s what it’s all about,” Rusk said.

The podcast episode was released to the public on Tuesday, December 13th.

TruStone Financial Supports Veterans and Donates $5,500 to Tee It Up for the Troops 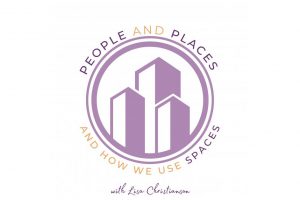