(Plymouth, MN) — Dec. 15, 2022  — To support veterans during November, TruStone Financial Credit Union employees raised $500 for Tee It Up for the Troops with its Casual for a Cause fundraiser and the TruStone Financial Foundation contributed an additional $5,000. This company-wide fundraiser gives employees the opportunity to wear jeans in exchange for a donation to a designated charity.

Tee It Up for the Troops is a national non-profit organization, headquartered in Minnesota, supporting programs that deliver critically needed services to help veterans transition from the battlefront to the home front. Tee It Up for the Troops focuses on six core pillars that positively impact veterans including PTSD support, Employment, Suicide Prevention and Sports Rehabilitation. “We are honored to receive such a generous donation from TruStone – especially during National Veterans and Military Families Month – to help support our mission and America’s veterans,” says Tim Wegscheid, President and Executive Director of Tee It Up for the Troops.

TruStone Financial is a full-service credit union that has worked to improve the financial well-being of its neighbors since 1939. Having been founded as a teachers’ credit union, education is driven into the mission. It has 22 branches across Minnesota and Wisconsin and is Minnesota’s second largest credit union, with assets of $4.6 billion as of November 30, 2022 and a mortgage servicing portfolio of more than $2 billion. To learn more, visit TruStone.org.

About the TruStone Financial Foundation

Oppidan Developer, Shannon Rusk, Featured on Lisa Christianson’s Latest Podcast, People and Places and How We Use Spaces 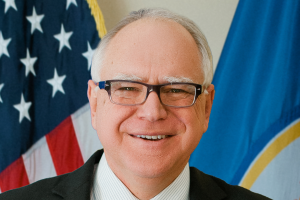