(Minneapolis, MN — November 30, 2022  — Mary Strand spent 16 years crafting 100-page merger agreements before shifting to novels that clock in at 300 to 400 pages. But while she still loves writing all those words, she’s found a much shorter format for them: songs.

Singer/guitarist Mary Strand started writing songs in 2018 when her original songwriting hero, Rodney Crowell, first hosted a songwriting camp. But her songwriting kicked into higher gear in 2020 when she joined the Singer/Songwriter Songwriting Challenge on Facebook, a group of mostly Minnesota songwriters who’ve become mentors, co-writers, and friends.

Ryan Smith of Soul Asylum and The Melismatics joins Mary on guitar and vocals, and Mark Wade of The Melismatics adds bass and vocals. Jack Strand, Mary’s son, plays drums to make it a family affair. The final a capella chorus of “Act As If” consists of 22 vocal tracks sung by Mary, Ryan, and Mark.

“Act As If” originated with some good advice that Mary was processing: act as if you’re already doing what, in your heart and soul, you want to be doing. But like the rest of the songs on Mary’s upcoming debut album, “Golden Girl,” it goes on to explore themes of love: when it works and when it doesn’t. It’s also true to Mary’s love of catchy, danceable pop-rock songs and has been compared to music by The Go Go’s and The La’s and from the movie “That Thing You Do.”

Mary Strand’s debut single “Act As If” will be released on December 23, 2022, and she’ll celebrate by playing it live with St. Dominic’s Trio on Tuesday, December 27, at the Driftwood Char Bar in Minneapolis. Mary’s debut album, “Golden Girl,” will be released in 2023. 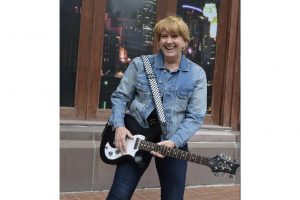 From Lawyer and Lovelist to Musician 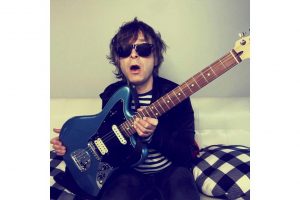