(Austin MN) — April 25, 2022  — Hormel Foods Corporation (NYSE: HRL), a global branded food company well known for its corporate citizenship, is pleased to announce that, for the first time, it appears as No. 57 on the U.S. Environmental Protection Agency’s (EPA’s) Fortune 500® list of the largest green power users from the Green Power Partnership (GPP). Hormel Foods recently joined the EPA’s Green Power Partnership and is offsetting more than 53 million kilowatt-hours (kWh) of green power annually, which represents 7% of its operations’ total power needs. The company’s choice to use green power helps advance the voluntary market for green power, as well as the development of those sources.

“It is an honor for our company to be recognized by the U.S. Environmental Protection Agency for our green power use,” said Mark Coffey, group vice president of supply chain for Hormel Foods. “We continue to make strides in accomplishing our robust 20 By 30 Challenge, and this recognition is a testament to the dedication of our 20,000 inspired people, all working toward a more sustainable operation.”

The company’s 20 By 30 Challenge goals follow its previous set of sustainability goals that Hormel Foods focused on as it achieved significant reductions in its packaging, nonrenewable energy use, greenhouse gas emissions, water use and solid waste sent to landfills. Additionally, the company has worked with experts in the field of renewable energy to identify and execute off-site wind and solar projects, as well on-site solar power and energy reduction projects.

“We know that as a good corporate citizen in our communities in the United States, and all over the world, it’s vitally important to constantly work toward implement green power solutions throughout our company,” said Tom Raymond, director of environmental sustainability at Hormel Foods.

“This list of the largest users of green power across the nation is proof that good business practices can also benefit the environment,” said James Critchfield, Program Manager of EPA’s Green Power Partnership. “The U.S. EPA applauds the leading organizations in the Green Power Partnership’s Top Partner Rankings for their notable commitment to expanding their use of green power and protecting the environment.”

According to the U.S. EPA, the company’s green power use of more than 53 million kWh is equivalent to the annual electricity use of nearly 5,000 average American homes.

Hormel Foods Corporation, based in Austin, Minn., is a global branded food company with over $11 billion in annual revenue across more than 80 countries worldwide. Its brands include Planters®, SKIPPY®, SPAM®, Hormel® Natural Choice®, Applegate®, Justin’s®, Wholly®, Hormel® Black Label®, Columbus®, Jennie-O® and more than 30 other beloved brands. The company is a member of the S&P 500 Index and the S&P 500 Dividend Aristocrats, was named on the “Global 2000 World’s Best Employers” list by Forbes magazine for three years, is one of Fortune magazine’s most admired companies, has appeared on Corporate Responsibility Magazine’s “The 100 Best Corporate Citizens” list for 12 years, and has received numerous other awards and accolades for its corporate responsibility and community service efforts. The company lives by its purpose statement — Inspired People. Inspired Food.™ — to bring some of the world’s most trusted and iconic brands to tables across the globe. For more information, visit www.hormelfoods.com and http://csr.hormelfoods.com/.

The Green Power Partnership is a voluntary program that helps increase green power use among U.S. organizations to advance the American market for green power and development of those sources as a way to reduce air pollution and other environmental impacts associated with electricity use. In 2020, the Partnership had more than 700 Partners voluntarily using nearly 70 billion kilowatt-hours of green power annually. Partners include a wide variety of leading organizations such as Fortune 500® companies; small and medium sized businesses; local, state, and federal governments; and colleges and universities. For additional information, please visit www.epa.gov/greenpower. 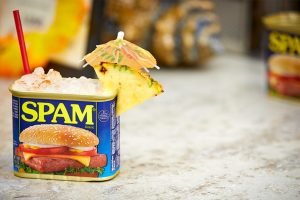