(Minnesota) — December 23rd, 2022 — Minnesota students reported healthier behaviors around commercial tobacco, alcohol, drugs, and sexual activity in 2022, while at the same time experiencing an unprecedented amount of long-term mental health, behavioral or emotional problems, according to the 2022 Minnesota Student Survey.

More than 135,000 students completed the survey with nearly all doing so in-person at school between January and June 2022. This group of students reported greater struggles with mental health, such as depression and anxiety, than at any other time in the history of the survey, which began in 1989 and occurs every three years. The 2022 survey saw the continuation of an upward trend, with 29% of students reporting long-term mental health problems compared to 23% in 2019 and 18% in 2016. Long-term means problems lasting six months or more.

The survey also allowed students to self-identify their current gender, and about 11% of students in 8th grade or higher identified themselves as transgender, genderfluid, nonbinary, two spirit, unsure or didn’t answer the gender question. Of those students, 63% of them reported long-term mental health, behavioral or emotional problems.

“These results indicate the pandemic fueled and worsened ongoing trends of our teens reporting long-term mental health problems,” said Minnesota Commissioner of Health Jan Malcolm. “It will take more research to know the interplay of all the factors, but it is clear that this is a crisis, and Minnesotans, lawmakers and families need to focus resources and attention in and outside of schools to give our children and their families the connections, supports, stable environments and opportunities they need for a sense of well-being about their lives and futures.”

There was good news despite the increase in mental health challenges, which can be correlated with risky behaviors. Minnesota students reported engaging in healthier behaviors related to sex, drugs, alcohol, and commercial tobacco, including e-cigarette use. Student smoking rates have fallen to an all-time low across all grades. For example, 2% of ninth graders reported smoking cigarettes in 2022, compared to the historical high of 20% in 2001. Alcohol use, sexual activity and marijuana use also fell.

“The Minnesota Student Survey continues to provide important data about how students are doing and highlights where we must focus our efforts to support them,” said Minnesota Education Commissioner Heather Mueller. “This year’s survey reveals a clear picture of the continuing need to support student mental and behavioral health. The Department of Education is dedicated to working together with other educators, agencies, and our school communities to better meet the academic, mental health and behavioral health needs of our students so they can be successful in school and beyond.”

Additional findings from the 2022 survey:

“The results of the Minnesota Student Survey are a continued call to action for prioritization of children, youth, and families and coordinated budget and policy development across state government that advances the needs of each and every child and young person in our communities,” said Erin Baily, executive director, Minnesota Children’s Cabinet.

Every three years, Minnesota’s fifth-, eighth-, ninth- and 11th-grade students complete this voluntary, anonymous survey. It includes questions on school climate, bullying, out-of-school activities, healthy eating, emotional health, substance use, connections with school and family, and many other topics. State agencies use the survey to identify important trends and target resources to improve the well-being of the state’s youth. Districts and counties also receive reports to be used at the community level.

The Minnesota departments of Corrections, Education, Health, Human Services and Public Safety collaborate with schools to administer the MSS. The MSS is the primary source of comprehensive data on youth at the state, county and local levels in Minnesota and is the only consistent source of statewide data on the health and well-being of youth from smaller population groups, such as racial or ethnic groups. All school districts are invited to participate in the survey. In 2022, 70% of Minnesota school districts and 135,000 students participated, compared to 81% of districts and 170,000 students in 2019.

If you or a student you know needs free and confidential support, call the 988 Suicide & Crisis Lifeline. In addition, Minnesota’s suicide prevention and mental health crisis texting services are now available 24 hours a day, seven days a week. People who text 741741 will be connected to the Crisis Text Line. 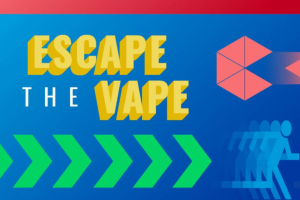 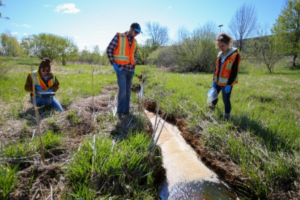