It may be one of the most important and sought-after giveaways at the Great Minnesota Get-Together this year. It’s a free gun lock, and started at 7 a.m. Thursday, Aug. 25, state agencies will be handed them out at their Minnesota State Fair booths.

“Make Minnesota Safe & Secure” is an initiative spearheaded by Gov. Tim Walz and Lt. Gov. Peggy Flanagan to ensure every gun owner in Minnesota has a gun lock to help store firearms in a safe and secure manner—keeping them out of curious little hands, would-be thieves, and people suffering mental health crises.

The goal is to reduce suicide, theft and crimes committed with guns.

“As a veteran and lifelong hunter, I am committed to safe and responsible gun ownership,” said Governor Walz. “By making gun locks free and accessible at the Minnesota State Fair, we are helping more gun owners keep themselves, their loved ones, and their communities safe.”

The program, which is part of a $1 million investment in gun safety paid for with federal American Rescue Plan funds, includes the departments of public safety, health, agriculture, natural resources, veterans affairs and other state agencies. Information about where to find the gun locks at the Fair is available at SafeAndSecureMN.org.

The multi-agency approach to educating people in Minnesota about gun safety and getting gun locks in the hands of gun owners is in response to a nationwide increase in gun violence, which has had a devastating impact on communities and families, according to John Harrington, Minnesota’s commissioner of public safety.

“Last year, our state experienced an alarming increase in aggravated assaults and murders—most committed with a firearm,” said Harrington. “We also saw more than 1,700 guns stolen, and the thefts and shootings aren’t just occurring in large cities. They’re happening across the state. Our goal is for all Minnesota gun owners to understand how and why to use gun locks and to get a gun lock into the hands of every gun owner who doesn’t already have one—and there’s no better place to start than the Great Minnesota Get-Together.

“Stopping by our booth and picking up a gun lock costs nothing. But saving even one life is priceless.”

According to data provided by the Minnesota Department of Health, societal costs associated with gun violence, suicide and health care are on the rise. In 2020:

“Gun violence is a serious public health challenge for our state,” Minnesota Commissioner of Health Jan Malcolm said. “It is a leading cause of premature death in the form of homicides and suicides, and these deaths take a tremendous toll on the families left behind. Promoting the safe storage of firearms is one promising strategy communities and gun owners can employ to help prevent gun-related deaths and injuries, and we thank our partners in public safety for their work in this area.”

For more information about the Make Minnesota Safe and Secure program, and to find out how to get a free gun lock if you’re unable to attend the Minnesota State Fair, visit SafeAndSecureMN.org​.

Stop by the following booths at the Minnesota State Fair to get a free gun lock while supplies last:​

Department of Commerce to Auction More than 700 Unclaimed Property Items 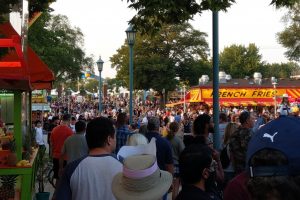 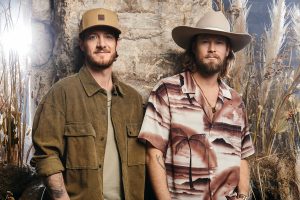