(Cottage Grove, MN) – February 16, 2022 — The percent of women in the Minnesota National Guard has increased in the last 10 years. In 2011, only 16 percent of the force were women. Over the years, that percent has grown to nearly 21. Not only are women more prominent in the Guard, but they are also filling key leadership roles.

“I have never seen before in my career as many women in leadership positions from sergeant all the way up to generals,” said Command Sgt. Maj. Katie Blackwell command sergeant major of the 34th Red Bull Infantry Division’s Headquarters Battalion. “When I look around the formation and I see so many female first sergeants, it makes me happy. I never thought I’d see the day.”

Blackwell has served in the Minnesota National Guard for 24 years. She enlisted as a military police officer in 1997 and currently drills as a traditional National Guard Soldier, working full-time as the Minneapolis Police Department’s 5th Precinct inspector.

“I love the people, whether it’s Soldiers or the citizens of Minnesota that we’re helping through some of their hardest days,” she added. “A tornado, a natural disaster, civil unrest, but also, just as much, the communities overseas. We are the peacekeepers of the world.”

As the Senior Enlisted Advisor to the Red Bull battalion’s commander, Blackwell’s role is important for troops at every level of the organization. She ensures that they are being taken care of while still maintaining the standards required of service members.

“I think anybody that makes it to this position, if they never forgot where they came from, as a young private,” said Blackwell. “What it felt like to be cold, wet, tired and hungry, they will succeed in this role.”

Throughout her career, Blackwell has seen firsthand how women’s roles in the military have changed over and over. When she first enlisted, women could not serve in combat roles. These 19 Army jobs previously closed to women, were opened in 2015.

As a leader, Blackwell has taken these changes seriously by mentoring both male and female service members in the Guard.

“The biggest change would be empowerment. Whether it’s men or women leaders,” she said. “There is so much more support today than there was when I first joined. Everything seemed to be an uphill battle.”

She chose to be a military police officer because as a woman, that was the closest she could get to being an infantry soldier. Blackwell wanted to be seen as an equal. When she arrived at her first unit, she was one of two women in her platoon.

“There were very few females in the MP Company at the time,” she said.

At her new company, she was given an M60 machine gun that was almost bigger than her and her platoon sergeant said, ‘If you expected to be treated any differently, you’re sadly mistaken.’

“I was happy he wanted to see me as equal,” said Blackwell. “But at the same time, I wondered why he was making that point.”

Throughout her early career, Blackwell was tested by other Soldiers countless times. During her second deployment, she served as the scout vehicle truck commander. She was promoted to staff sergeant and led more than 160 combat missions.

“They had a male sergeant in the squad leader spot,” said Blackwell. “I called out the leadership saying ‘I don’t understand why I got promoted but I’m not in charge. I think it’s because I am a female.’ and they said, ‘you are, that’s right.’”

Naturally, Blackwell was frustrated, but she wanted to prove she was just as capable as her male counterparts.

After that deployment, Blackwell joined a unit that had just begun the process of integrating females into combat units. From this experience, she was able to share with Minnesota National Guard leaders, the best practices she had learned.

“My first day there, I walked up to my platoon and a specialist said something you couldn’t get away with today,” said Blackwell. “Nothing surprised me at the time because I had heard worse, but I thought, I’ve got some major education to do in this company.”

And that is exactly what she has done since. Blackwell has served in various roles on the Minnesota National Guard’s Women’s Leadership Council. She has been a speaker and led breakout sessions discussing work-life balance and mentorship strategies. She has educated both men and women leaders to help them enable their service members for successful careers.

“I think it would have been easy to quit,” she said. “Or you could stick it out and be strong. Make the change and pave the way for those coming up through the ranks beneath you.” 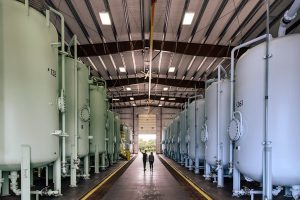 3M Invests in the Future of Manufacturing in Cottage Grove, Mn 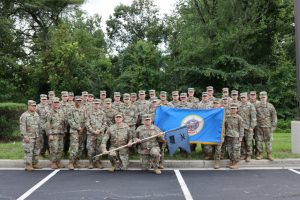 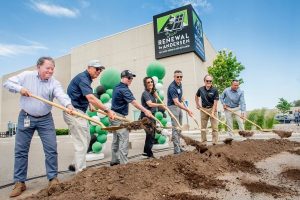