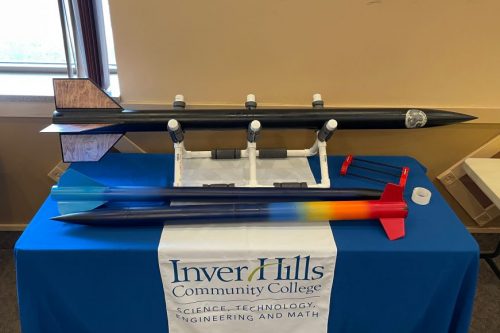 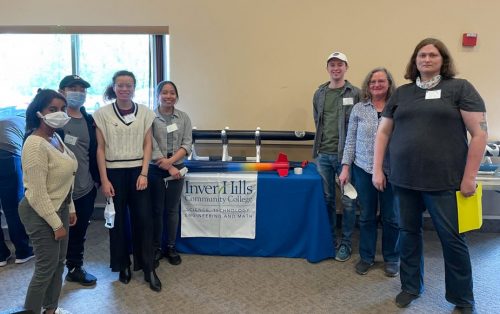 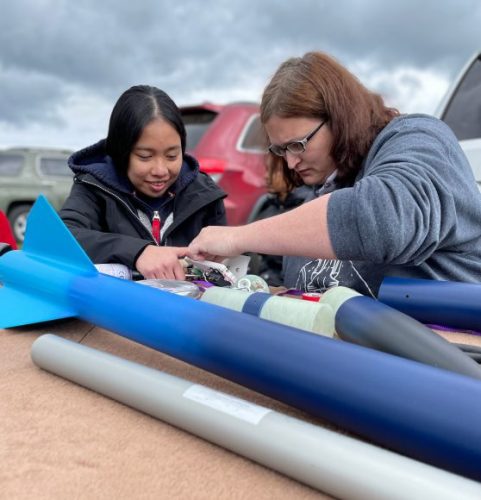 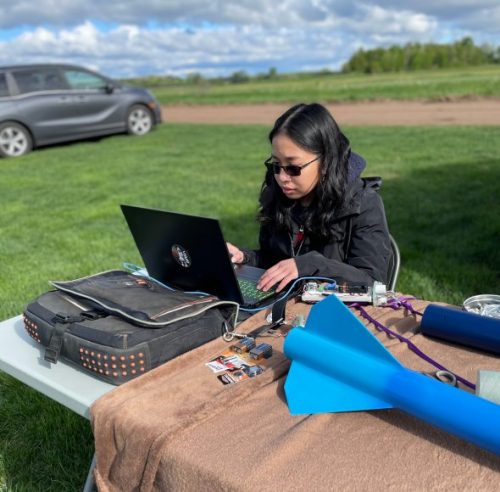 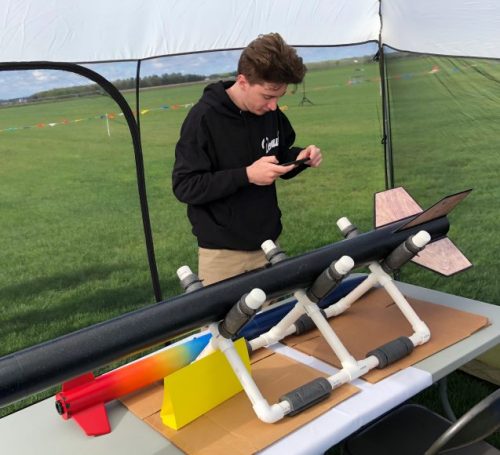 The rocketry teams delivered oral presentations to a panel of judges Saturday, May 21, 2022, in Wyoming, Minnesota. The next day at the Tripoli Minnesota Rocketry Club launch field near North Branch, Minnesota, the teams launched their fleets of rockets.

Joan Carter, EdD, PE, is faculty in the Engineering Fundamentals program at Inver Hills. Joan served as Team Everyday’s faculty advisor. She was very impressed by the team’s performance at the competition.

“There were many aspects of the competition and ways to earn points,” she explained. “The overall idea was to build multiple rockets that differed from each other in as many ways as the team could conceive, while having a uniting theme. Inver’s team was voted ‘Best Core Build’ by their peers—quite the honor. Each team was given the same rocket kit—a ‘core build’—to use as one of their rockets. Our team’s rocket was deemed the best by the other teams.”

Joan pointed out that Kelly Behlen, Team Everyday’s overall lead, organized and led the team through every detail.

“Kelly is a wonderful leader,” Joan added, “but make no mistake, this was a team effort. All seven team members were involved, had active roles, and positively contributed. Everyone had a terrific experience. I am so proud of this team and each of the students.”

“Programs like this are incredibly important,” Kelly said, “Competitions give students the opportunity to shine, and there are definitely a number of my team members who shine brighter than the Sun because of it.”