(St. Paul, MN)  Jan. 17, 2023  — The University of St. Thomas announced a $75 million gift from Lee and Penny Anderson of Naples, Florida, for a multiuse, on-campus arena in St. Paul for its Division I men’s and women’s hockey and basketball programs.

It is the single largest monetary gift ever given to a Minnesota university and brings hockey to campus for the first time at the state’s largest private university.

Partnering with Ryan Companies US, Inc., and Crawford Architects, St. Thomas aims to break ground in 2024, with a fall 2025 target opening. Aside from games, the arena will host commencement ceremonies, academic convocations, career fairs and other events.

“This is about more than just hockey and basketball games – this is a gift that will be transformative for our entire St. Paul campus, enhance the experience of our students, and raise visibility for the university as a whole,” said St. Thomas President Rob Vischer. “It also creates a new community and economic asset for the Twin Cities, the state of Minnesota, and the region.”

The $75 million gift surpasses a previous $60 million donation made by the Andersons in 2007 for the construction of the Anderson Student Center, Anderson Athletic and Recreation Complex and Anderson Parking Facility. This latest donation is the ninth-largest known gift to college athletics nationally. 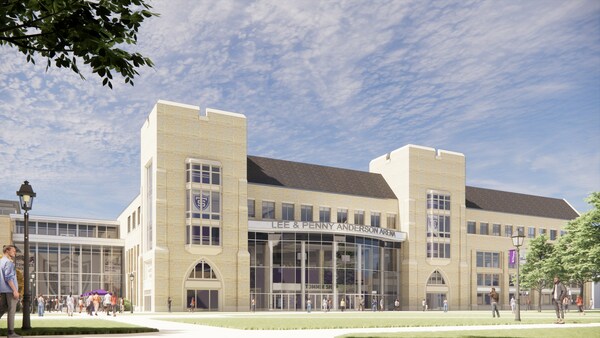 “For 138 years, St. Thomas has demonstrated commitment to excellence in all that it does, and this arena shows that same commitment to our Division I transition,” said Phil Esten, St. Thomas vice president for athletics. “Tommie hockey and basketball compete in some of the country’s best conferences, and this new arena will provide practice, competition and fan experiences expected of a Division I program. This gift helps St. Thomas to continue its upward trajectory in athletics and as an institution.”

The Andersons are the university’s largest donors and have played a major role in St. Thomas’ evolution from small, liberal arts college to national, Catholic university.

“St. Thomas has a higher calling in that it develops graduates who are leaders with high moral character who believe strongly in the mission to serve the common good. These are the kinds of leaders the world needs now more than ever,” Lee Anderson said.

In 2021, St. Thomas made history as the first Division III institution in the modern NCAA to transition directly to Division I. 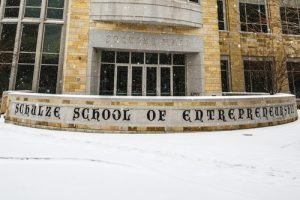