(Eagan, MN) —  Sept. 16, 2022  — Predictive Oncology (NASDAQ: POAI) announced that J. Melville (“Mel”) Engle will retire as Chief Executive Officer and as Chairman and a member of the company’s Board of Directors. To ensure a smooth transition of his responsibilities, Mr. Engle will continue to serve in his role through October 31, 2022. Pursuant to policies regarding leadership succession, the governance committee of POAI’s Board of Directors is working with a succession plan to replace Mr. Engle as Chief Executive Officer.

“It has been a privilege to create and lead a team that embraces innovative ideas that will impact the future of oncology drug development,” said Mr. Engle. “There is great wisdom, energy and inspirational work going on at Predictive Oncology by people who are dedicated to the fight against cancer. It is an honor to end my career here.”

Mr. Engle, 72, has been with POAI since 2016, when he joined the Board of Directors. He was appointed Chairman of the Board in January 2020 and was named Chief Executive Officer in March 2021. He has played an instrumental role in the company’s growth as it has evolved as a partner to pharmaceutical and biotech companies involved in oncology drug development. Under his guidance, Mr. Engle has helped expand the company’s offerings to become a suite of solutions along the drug development continuum, from early discovery to clinical trials.

“We appreciate the vision that Mel has brought to the company and the impact he has made on our strategic positioning, which sets us up for the next stage of growth,” said Bob Myers, POAI Chief Financial Officer.

Among his achievements at POAI, Engle led the effort to acquire zPREDICTA, with the goal to broaden the company’s offerings with the production of 3D tumor models in oncology drug development.

Predictive Oncology (NASDAQ: POAI) is a knowledge-driven company focused on applying artificial intelligence (AI) to develop optimal cancer therapies, which can lead to more effective treatments and improved patient outcomes. Through AI, Predictive Oncology uses a biobank of 150,000+ cancer tumors, categorized by patient type, against drug compounds to help the drug discovery process and increase the probability of success. The company offers a suite of solutions for oncology drug development from early discovery to clinical trials. 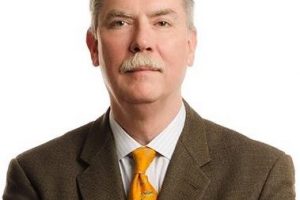 David S. Smith appointed to the Board of Directors of Predictive Oncology