(Detroit Lakes, MN) —  March 31, 2022  — The record, “mE” is a creative (lyrical) rendition of Noldy’s relationship with music and showcase of Noldy as a multifaceted artist and producer. In 1994, Noldy was introduced to music in an inspirational, connective way and this is the story shared in the single, “mE.” Noldy has Island roots which are incorporated into his compositions.

“mE” follows the single titled, “Chéri M’Kolé” featuring T-Bigs, which is an upbeat track with a Caribbean sound. “Chéri M’Kolé” released on September 16, 2021, and was well received by domestic and international audiences. The single “ME” is notably different from the first single, (as the title reveals), it is a more personal record which effectively conveys Noldy’s experience(s) as an artist. It also exemplifies his skills as a producer; Noldy is not only an musician but has also produced a number of tracks for artists around the world of multiple genres. The experiences as a performer and composer provide Noldy with a unique perspective and are all part of his artistic journey.

Noldy has (on occasion) quoted a quote by Pablo Picasso, “Art washes away from the soul the dust of everyday life.” This is a construct Noldy incorporates into his records. Both singles, “mE” and “Chéri M’Kolé” provide an entertaining escape to everyday life. Additionally, the singles are part of Noldy’s EP which will launch on a later date.

“mE” will be released worldwide on all digital platforms on April 1st, 2022. Please tune into Noldy Music’s YouTube channel or any streaming service on April 1, 2022, for Noldy’s Newest Single “mE” and download to your playlist for continual enjoyment.

About Noldy Music and Simply 26 Records

You Pick the Flavor of the Fair – a Contest 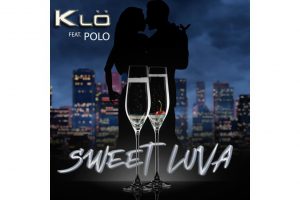