“Community banks play such an important role in our banking industry,” Krause said. “This appointment gives me the opportunity to represent Minnesota and advocate for the continued success of America’s hometown banks.”

ABA’s Community Bankers Council, which meets twice a year, is made up of approximately 100 bankers from across the country from institutions with generally less than $5 billion in assets. Members are appointed by the ABA chair.

Krause has been with Pioneer Bank since 1986, serving as CEO since 1996. He currently serves as Chair of Greater Mankato Growth, is the Immediate Past Chair of GreenSeam, and is a Past Chair of the Minnesota Bankers Association.

Pioneer Bank is a community bank with nine locations throughout southern Minnesota including Mankato, North Mankato, St. James, St. Peter, Madelia, Mapleton, Lewisville and Lake Crystal. Pioneer Bank offers expertise in personal, business and agribusiness banking with bankers and staff that provide experience that is unparalleled. Pioneer Bank is very active in the communities they serve and was a finalist in 2016, 2017, 2018, 2019 and 2022 for the Extraordinary Banking Award, a national organization that marks the excellence for the best banks in America. In addition, Pioneer Bank has been named one of the Top Workplaces in Minnesota by the Star Tribune numerous times. For more information visit www.bankwithpioneer.com. Member FDIC. 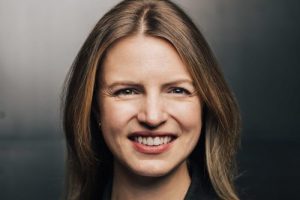