Twin Cities news channel covers EdTech startup on their pursuit for better online learning.   Harnessing this tool now keeps us out in front of it.”  — Alex Londo, CEO & Founder

(Bloomington, MN) — January 9, 2023 — CEO & Founder of JazzJune, a free platform with tools to create and share learning content, has been featured on WCCO News in the Minneapolis/St. Paul area for developing the world’s first course entirely using Artificial Intelligence.

“Being featured in my hometown is an honor, and I’m so excited to share the possibilities of AI in education,” said Alex Londo, CEO & Founder of JazzJune. “I think there is a lot of fear and apprehension about how much AI is going to shape the world. But harnessing this tool now keeps us out in front of it,” Londo continued.

Alex was contacted on New Years Day by reporter Derek James with WCCO TV after JazzJune announced December, 15, 2022 that he was the first person to create and publish an online course entirely using Artificial Intelligence. “I was surprised to be contacted on a holiday about doing the feature, but I could tell the reporter was eager to cover the story, so we moved quickly,” said Londo. “Not even a week later and the piece is on air, I think that’s pretty exciting!”

If you would like to contact Alex Londo as a follow-up to this story, please reach out to press@jazzjune.com

JazzJune is a free social learning platform that provides digital tools to help easily create and share learning content such as courses, groups and more. JazzJune was founded by a team with 30 years of combined experience in eLearning design and communications who were frustrated with expensive and complicated learning management systems. They believed they could develop an easier and more effective way to create and share learning content. 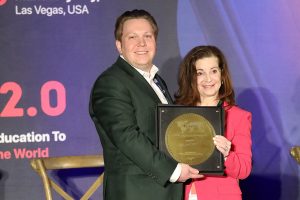 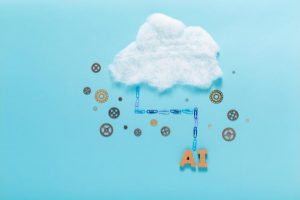