Hormel Foods Corporation dedicated “The Inspired People Plaza” complete with a two-ton, 25-foot-tall fork sculpture at its global headquarters in Austin, Minn. The plaza and sculpture are tributes to those who feed the world.

Plaza and sculpture are tributes to those who feed the world; anchors outdoor meeting space at global headquarters

The centerpiece of the plaza is a 1-ton, 25-foot-tall fork sculpture created by Artist Gordon Huether. The statue is clad with nearly 20,000 forks, representing and donated by Hormel Foods team members worldwide. It is located on the front lawn of 1 Hormel Place and serves as the anchor of the new outdoor plaza. The plaza’s name is a nod to the company’s purpose statement, Inspired People. Inspired Food.™

The sculpture is rich with meaning, including being emblematic of the 131-year-old Hormel Foods Corporation. “Food is at the center of all we do and who we are. Food has the power to change lives, lift up communities and bring people together. Our team of 20,000 inspired people donated the forks to create this visionary work of art, representing the power that food has to make a difference in the world. This sculpture is dedicated to them and to the community of Austin, our hometown since 1891,” said Jim Snee, chairman of the board, president and chief executive officer, Hormel Foods.

The project had its genesis nearly two years ago. Deanna Brady, executive vice president of Refrigerated Foods, was one of the company leaders interested in finding a way to honor the part food plays in nourishing bodies, and also minds and spirits. “It can transform lives, build communities and change the world,” she said.

“When you think about the special moments in our lives, food is there. There is incredible power in it – the sharing, the creating, the sitting down and talking. We’re honored to be part of that,” Brady said.

Armed with a purpose, the team began its search for an artist to bring the vision to life. The search brought them to Napa, Calif., and the studio of Gordon Huether. For 40 years, Huether has produced multimedia works of art, especially large, public installations that spotlight cities, regions, companies, universities and more. His wife and business partner, Darcy Huether, was born in Austin, Minn., and several of her relatives previously worked for Hormel Foods. For her, it was a sign the partnership was meant to be.

“To me, it speaks a lot about the values of Hormel Foods that art is important to life, and about their vision in wanting to create a major public artwork to brand their headquarters and embody the company ethos,” Gordon Huether said.

Once the design was determined, the call went out for team members to send in all manner of forks “for a future surprise.” Nearly 20,000 forks cover the surface of the sculpture, one for every Hormel Foods global team member.

The 2,000-pound, 25-foot-tall fork sculpture was transported from Napa to Austin on an 18-wheel truck.

The sculpture and the Inspired People Plaza was dedicated at a company event on Thursday, Sept. 15, on the front lawn of the Hormel Foods world headquarters.

Hormel Foods Corporation, based in Austin, Minn., is a global branded food company with over $11 billion in annual revenue across more than 80 countries worldwide. Its brands include Planters®, SKIPPY®, SPAM®, Hormel® Natural Choice®, Applegate®, Justin’s®, WHOLLY®, Hormel® Black Label®, Columbus®, Jennie-O® and more than 30 other beloved brands. The company is a member of the S&P 500 Index and the S&P 500 Dividend Aristocrats, was named on the “Global 2000 World’s Best Employers” list by Forbes magazine for three years, is one of Fortune magazine’s most admired companies, has appeared on the “100 Best Corporate Citizens” list by 3BL Media 13 times, and has received numerous other awards and accolades for its corporate responsibility and community service efforts. The company lives by its purpose statement — Inspired People. Inspired Food.™ — to bring some of the world’s most trusted and iconic brands to tables across the globe. For more information, visit www.hormelfoods.com and http://csr.hormelfoods.com/.

Based in Napa, California, Gordon Huether Studio specializes in large-scale, site-specific permanent art installations. Huether has received hundreds of private and public art commissions during his 30+ year career. While Huether’s original core skills were in glass design, the award-winning artist has extensive experience working with many other media including steel, repurposed salvaged materials, resins, and composite materials in a wide variety of interior and exterior settings. His public installations can be seen across the United States and internationally. His fine artwork has been exhibited at museums and galleries and is included in private collections. For more information, visit www.gordonhuether.com. 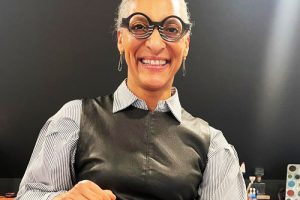 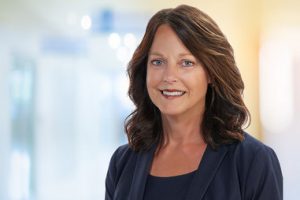