“Gary has provided exceptional leadership to our financial organization, including in important areas such as risk, cash management, tax and credit,” said Jim Snee, chairman of the board, president and chief executive officer at Hormel Foods. “Over his 34-year career he has held many roles and we are grateful for the expertise he has brought to them all. Notably, Gary was instrumental in implementing the company’s Project Orion systems, led the company’s new credit facility and the debt issuance of the financing for the acquisition of Planters in 2021. We wish him the very best in his well-deserved retirement and share our appreciation for his dedication, leadership and expertise over the years.”

“We are very excited to welcome Florence to Hormel Foods and to this important role,” Snee continued. “Florence is an experienced treasury professional who has an excellent background in finance, capital markets, treasury, tax and accounting and brings a wealth of global experience. I am confident she will be a strong addition to the finance team.”

Jamison began his career in 1988 as an accountant at one of the Hormel Foods production facilities. The next year, he moved to the company’s global headquarters as an internal auditor, then soon returned to the manufacturing environment as the manager of production cost analysts and production costs. Jamison returned to the corporate office to become a corporate cost analyst before moving into marketing as a product manager and price administrator, later assuming the roles of manager of expense analysis and control, and manager of cost accounting for the company’s Refrigerated Foods business. In 2003, he became the business unit controller for the company’s former Specialty Foods business and in 2006, the vice president of finance at a subsidiary in California. He advanced to vice president and CFO of the company’s Jennie-O Turkey Store business in Willmar, Minn., in 2012 and was named to his current role of vice president and treasurer in 2016.

Jamison has been incredibly active on boards and in organizations, both within and outside of Hormel Foods, continually finding ways to support communities where he has lived and worked.

Prior to joining Hormel Foods, Makope was director of strategy deployment for Oshkosh Corporation, where she led the strategic planning process for the global manufacturing company. Prior to leading strategy, she was the company’s director of international finance. Before joining Oshkosh Corporation, Makope worked for Plexus Corp., as treasurer and assistant treasurer. She also worked for CARE USA where she managed global treasury services and was the co-founder and director of finance and administration for Trade Finance Company. Makope began her career at British American Tobacco, where she held several positions of increasing responsibility, and ultimately held the position of group treasury manager.

Makope has served on not-for-profit boards including The Women’s Fund of the Fox Valley and The Boys and Girls Club of Oshkosh.

She holds a Bachelor of Science honors degree in agricultural economics and an MBA from Manchester Business School, University of Manchester, U.K. She is also a certified public accountant.

Hormel Foods Corporation, based in Austin, Minn., is a global branded food company with over $11 billion in annual revenue across more than 80 countries worldwide. Its brands include Planters®, SKIPPY®, SPAM®, Hormel® Natural Choice®, Applegate®, Justin’s®, Wholly®, Hormel® Black Label®, Columbus®, Jennie-O® and more than 30 other beloved brands. The company is a member of the S&P 500 Index and the S&P 500 Dividend Aristocrats, was named on the “Global 2000 World’s Best Employers” list by Forbes magazine for three years, is one of Fortune magazine’s most admired companies, has appeared on the “100 Best Corporate Citizens” list by 3BL Media 13 times, and has received numerous other awards and accolades for its corporate responsibility and community service efforts. The company lives by its purpose statement — Inspired People. Inspired Food.™ — to bring some of the world’s most trusted and iconic brands to tables across the globe. For more information, visit www.hormelfoods.com and http://csr.hormelfoods.com/. 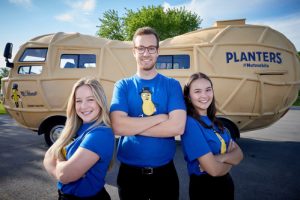 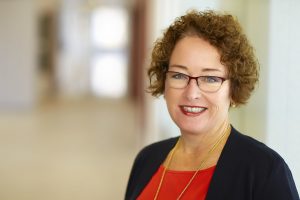