Playing through Sunday, August 21 on the McGuire Proscenium Stage

(Minneapolis/St. Paul) — The Guthrie Theater (Joseph Haj, Artistic Director) today announced the cast and creative team for Sweat, written by two-time Pulitzer Prize winner Lynn Nottage and directed by Tamilla Woodard. Sweat will play July 16 – August 21, 2022, on the McGuire Proscenium Stage. Single tickets start at $15 for preview performances (July 16–21). All other performances range from $26 to $80. Single and group tickets are on sale now through the Box Office at 612.377.2224 (single), 612.225.6244 (group), 1.877.447.8243 (toll-free) or online at guthrietheater.org. Accessibility services (ASL-interpreted, audio-described, open-captioned and relaxed performances) are available on select dates. For up-to-date information about the theater’s health and safety policies, visit www.guthrietheater.org/health,

“Sweat brilliantly showcases the depth and range of Lynn Nottage as a playwright,” said Artistic Director Joseph Haj. “Pairing this exceptional play with the directorial talents of Tamilla Woodard is going to make for an impactful and unforgettable culmination to our season.”

Sweat brings Nottage’s work back to the Guthrie for the third time, following Intimate Apparel (2005) and Floyd’s (2019), a world premiere commissioned by the Guthrie that opened on Broadway as Clyde’s in November 2021 and received a 2022 Tony Award nomination for Best Play. Both Sweat and Floyd’s, which share a character and an economic backdrop, were inspired by hundreds of interviews Nottage conducted with citizens of Reading, Pennsylvania, in the heart of America’s Rust Belt.

Opening in 2008 and flashing back to 2000 just before George W. Bush’s first presidential term, Sweat tells the story of blue-collar workers at Olstead’s metal tubing factory who share both life and beers after hours. But when layoff rumors start to fly, politics and pride form cracks in decades-old friendships and put them to the test. Sweat boldly confronts issues of race, economic insecurity, immigration, globalization and the ever-slipping grip of middle-class life — all with Nottage’s signature humor and heart.

Lynn Nottage is a playwright and screenwriter whose plays have been produced widely in the U.S. and throughout the world. Named one of Time magazine’s 100 most influential people, she is the first, and remains the only, woman to win the Pulitzer Prize for Drama twice (Ruined in 2009 and Sweat in 2017). Nottage wrote the book for the world-premiere musical adaptation of Sue Monk Kidd’s novel The Secret Life of Bees, with music by Duncan Sheik and lyrics by Susan Birkenhead, as well as the book for MJ the Musical, featuring the music of pop icon Michael Jackson, which opened on Broadway in December 2021 and was nominated for Best Book of a Musical at the 2022 Tony Awards. Her opera adaptation of her play Intimate Apparel, composed by Ricky Ian Gordon, premiered at Lincoln Center Theater in January 2022. Learn more at www.lynnnottage.com.

Tamilla Woodard is Chair of the Acting program at the David Geffen School of Drama at Yale University, Resident Director at Yale Repertory Theatre and Co-Founder of the site-specific international partnership PopUP Theatrics. She also served as Co-Artistic Director of Working Theater in New York City and was Associate Director of the Tony Award-winning musical Hadestown. Prior to joining Working Theater, Woodard was Associate Artistic Director at WP Theater. She has directed at theaters nationally and internationally, including WP Theater, Baltimore Center Stage, A.C.T., The Classical Theatre of Harlem, The Bushnell Center for the Performing Arts with TheaterWorksUSA and Cleveland Public Theatre, among others. Learn more at www.tamilla.com.

This production is generously sponsored by Faegre Drinker and supported in part by the National Endowment for the Arts. Special thanks to Xcel Energy for their significant contribution toward the lighting for this production.

A relaxed performance is intended to be sensitive to and accepting of any audience member who may benefit from a more relaxed environment. They are intentionally modified to accommodate patrons with sensory and vestibular sensitivities, anxiety, dementia, autism spectrum disorders, learning differences or challenges attending the theater. Single tickets to the relaxed performance of Sweat are $29 for adults and $15 for children. Tickets may be purchased by calling the Box Office at 612.377.2224. For more information, visit www.guthrietheater.org/relaxed.

All audience members, regardless of age, must wear a mask that securely covers the nose and mouth (no bandanas, neck gaiters or face shields) when entering and inside the McGuire Proscenium Stage. A complete list of Guthrie requirements is available at www.guthrietheater.org/health.

The Guthrie Theater acknowledges that it resides on the traditional land of the Dakota People and honors with gratitude the land itself and the people who have stewarded it throughout the generations, including the Ojibwe and other Indigenous nations.

The GUTHRIE THEATER (Joseph Haj, Artistic Director) is an American center for theater performance in Minneapolis, Minnesota, dedicated to producing a mix of classic and contemporary plays and cultivating the next generation of theater artists. Under Haj’s leadership, the Guthrie is guided by four core values: Artistic Excellence; Community; Equity, Diversity and Inclusion; and Fiscal Responsibility. Since its founding in 1963, the theater has continued to set a national standard for excellence in the field and serve the people of Minnesota as a vital cultural resource. The Guthrie houses three state-of-the-art stages, production facilities, classrooms, restaurants and dramatic public spaces. guthrietheater.org 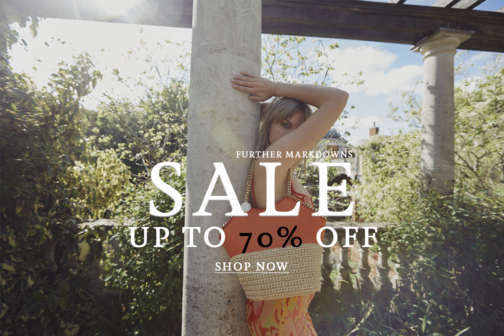