(Nevis, MN) — August 23rd, 2022 —  Eleven Year Old Liam Gustafson told his parents that he wanted a skate park in his hometown of Nevis. To be supportive, they explained the steps it would take to accomplish the task.    These included:  Ask the City of Nevis, find a piece of land, research, raise the capital and find the builders.

With his new “to do” list Liam went to work.   He started with the City of Nevis. Writing a letter to the city council Liam explained why a Skate Park would be a good idea.   “I witnessed kids who were bored, who made poor choices, and who littered in our town.” said Liam in the letter.  “A skateboard park would give kids a safe place to play where they wouldn’t be bored.”     He then proceeded to ask for a space of land near the Fire Hall east of Muskie Park.

This was just the beginning however. Since the initial city council contact, Liam has written letters and attended multiple city council meetings. Liam even testified via Zoom to the House Capital Investment Committee on behalf of a skate park bill.

In an interesting turn of events, the Skate Park in Nevis received a Letter of Support from The Skatepark Project (aka the Tony Hawk Foundation.) In part the letter reads: “As the leader in skate park advocacy, training, and skate park grant funding in the United States, we do our best to help communities… work toward better public space for their youth. With approximately 4000 skate parks in our gnation, we are seeing lasting value in these facilities through their ability to draw teenagers and young-adults off the streets, off of their couches, out of trouble and into a healthy, active setting that strengthens the individual and the local community.”

The Letter (pictured left) offers support for the project and offers to answer questions of those involved in the process.

The City Council of Nevis approved the use of city land.    Which brought Liam to the next step: Fundraising in order to construct the  skate park. Research for the Skate Park Project found that the average skate park for a town Nevis’ size is between $250,000 and $300,000. Liam and his supporters are targeting to raise $275,000.  There is a big job ahead. State Grands may be able to offer matching funds, so they are looking into this option.    In the meantime, the Forward Foundation (a local 501(c)3 organization in Walker, MN) has agreed to be the fiscal agent for the project.

To create awareness and accept donations, they have created a Facebook page and started using the hashtag #onestepcloser.  The page is called Wild Tiger Skate Park. For those who would like to donate, but prefer to write a check, send donations to: Forward Foundation, PO Box 1150, Walker, MN 56484

It appears that Liam is learning early, that if there is going to be change, someone needs to lead the charge. Most of us wouldn’t expect an 11 year old to lead. Apparently, no one told Liam Gustafson that he couldn’t change the world. And so he will. 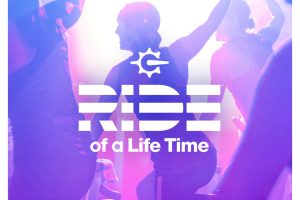 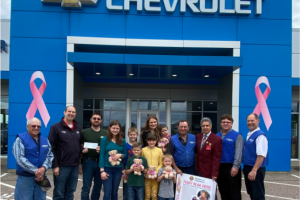