(Washington, DC – Duluth, MN)  May 4, 2022 — The AFL-CIO Housing Investment Trust announced three construction projects it committed to finance in Q1 2022 will bring it significantly closer to its $2 billion multiyear investment goal to spur economic development and create well-paying union jobs in the Midwest. The three projects—the adaptive reuse of a historic Toledo, Ohio, civic structure into an innovation center, the renovation of two affordable housing projects in the Decatur, Illinois, area and the conversion of a landmarked Duluth, Minnesota, high school into apartments—brings the HIT’s investment in its Midwest@Work initiative to $1.6 billion.

When HIT first announced the Midwest@Work initiative in 2016, its goal was to invest $1 billion in the region by 2023. After exceeding that goal ahead of schedule, the HIT doubled its target to $2 billion by 2025. By financing two major projects in Q4 2021— the Peregrine Apartments in Minneapolis and The Crest Apartments in Brooklyn Center, Minnesota — and another three in Q1 2022, the HIT is making great progress towards its new target for the initiative.

“The shortage of affordable housing throughout the Midwest and the negative impact of the pandemic made it even more important to increase affordable housing production in these communities” Chang Suh, CEO and Chief Investment Officer of AFL-CIO HIT, said.

“After weathering COVID, the manufacturing and construction sectors are now contending with rising costs and the highest rate of inflation since 1981. This is especially true in the Midwest where inflation is higher than the nation as a whole” Paul Sommers, HIT Regional Marketing Director, said.

The Zenith Apartments project involves the conversion of Duluth’s Historic Old Central High School, an 1892 building listed on the National Register of Historic Places, into a 122-unit mixed-income apartment complex. Ten percent of the units will be reserved as affordable for residents at or below 60% of the Area Median Income. HIT will provide financing for $26.7 million of the estimated $49 million development cost. The project is estimated to create 334,360 hours of union construction labor and an economic benefit of $90.6 million.

The Zenith Apartments project involves the conversion of Duluth’s Historic Old Central High School, an 1892 building listed on the National Register of Historic Places, into a 122-unit mixed-income apartment complex.

A historic 107,000-square-foot building constructed in 1911 will be converted into the Toledo Innovation Center, a state-of-the-art innovation and technology training facility to serve as an incubator for local tech start-ups and a training site and workspace for underrepresented adults. The building was originally Toledo’s central U.S. Post Office and later converted into the Jefferson Center for Vocational Rehabilitation by the Toledo Public Schools. Building America CDE, a HIT subsidiary, has allocated $10 million in New Markets Tax Credits to the project. It is estimated this project will generate nearly 400,000 hours of union construction work and produce a total economic benefit of $63.0 million.

The Decatur-area development includes the rehabilitation of both Southern Hills and Orlando apartment developments. Southern Hills features 28 buildings on 10 acres offering 125 units of 100% subsidized family housing. The Orlando is an 87-unit apartment building that provides subsidized housing for seniors and individuals with disabilities. The HIT is providing $21.8 million in financing. The project has an estimated $40.9 million in development costs. The Southern Hills & Orlando rehabilitation project is expected to produce 109,000 hours of union labor with an overall economic benefit of $38.9 million.

The initiative’s footprint includes the states that border the Great Lakes, from Upstate New York to Minnesota. Ten metropolitan areas – Buffalo, Chicago, Cleveland, Columbus, Detroit, Minneapolis, Milwaukee, Pittsburgh, St. Louis, and St. Paul – are the focus of investment. It has translated into investments in 58 projects so far, creating an estimated 21.0 million hours of union construction work, 28,447 jobs across industries and 8,811 units—5,039 of which are designated as affordable—for an estimated economic impact of $5.1 billion.

“Densely populated areas need more investments in housing and career opportunities for the residents,” said Suh. “HIT’s continual investment in the Midwest has had a significant and long-lasting impact on these cities and their communities.”

The HIT is a fixed-income, investment grade mutual fund with $6.7 billion in net assets. For over 35 years, the HIT has been a leader in putting union and public pension capital to work to produce competitive returns and achieve mission-related collateral objectives. Investors should consider the HIT’s investment objectives, risks and expenses carefully before investing. Investors may view the HIT’s current prospectus, which contains more complete information, on its website at www.aflcio-hit.com and may obtain a copy from the HIT by calling the Marketing and Investor Relations Department collect at 202-331-8055. Investors should read the current prospectus carefully before investing. Job and economic impact figures are estimates calculated using IMPLAN, an input-output model, based on HIT and HIT Subsidiary Building America CDE, Inc. project data. The data is current as of March 31, 2022. Economic impact data is in 2021 dollars and all other figures are nominal. 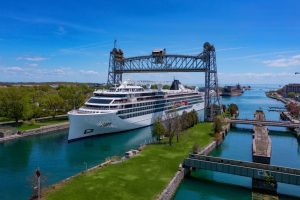 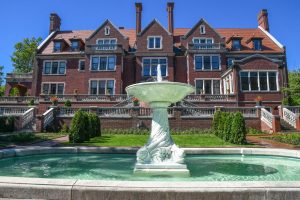